The official visit to Vietnam by Armenian Prime Minister Nikol Pashinyan and his spouse in July 2019 opened up a new promising period of bilateral cooperation in various fields such as economy, trade, science-technology, culture and people-to-people exchanges, he said.

Just established in 2014, the association has worked to maintain and develop the solidarity, friendship and collaboration between the two countries as well as increase exchanges and mutual understanding between the Vietnamese and Armenian people, Thuan added.

Armenian Ambassador to Vietnam Vahram Kazhoyan said the friendly relations between the two countries are growing, proven by the opening of the Embassy of Armenia in Vietnam. 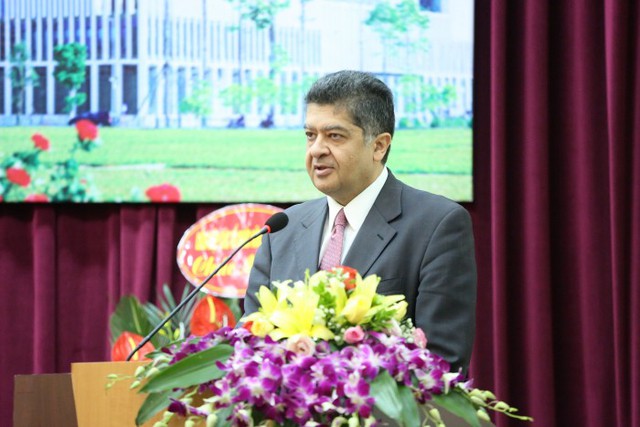 He recalled the recent official visit to Vietnam by Prime Minister Nikol Pashinyan, during which the Armenian Government leader had positive talks with his Vietnamese counterpart Nguyen Xuan Phuc and other senior officials.

One of the notable outcomes of this visit is that the two sides agreed to hold the second inter-governmental meeting in October this year in Yerevan capital, said the ambassador.

Kazhoyan revealed that Armenia plans to organise a business forum with the attendance of the two countries’ enterprises.