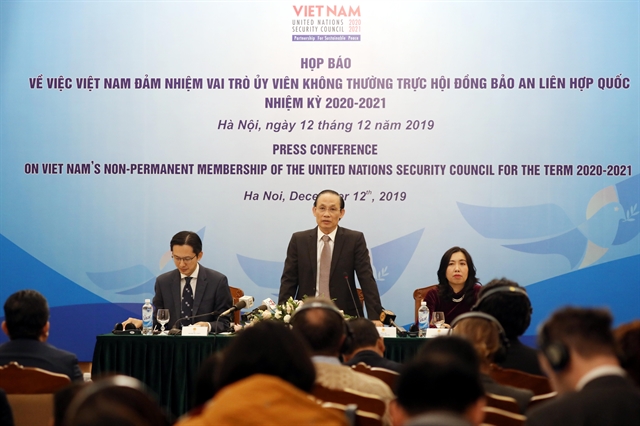 HÀ NỘI — Việt Nam is ready to take on the role of non-permanent member of the UN Security Council (UNSC) from January 2020, according to Deputy Foreign Minister Lê Hoài Trung.

To be a non-permanent member, Việt Nam wishes to contribute to promoting the leading role of the UN in maintaining international peace and security and Việt Nam will play a constructive and responsible role in this position, he said.

Việt Nam also wants to use this occasion to enhance partnership with other countries, he said.

Việt Nam will take the role from next month, it means the country has only six months of preparations since the election. However, relevant ministries and agencies have actively and proactively implemented assigned preparation tasks.

Regarding Việt Nam’s discussion priorities in the role, Trung said as scheduled, Deputy Prime Minister and Foreign Minister Phạm Bình Minh will chair the UNSC meeting, including an open discussion session at minister-level with the theme of celebrating the 75th anniversary of the UN, on abiding by the UN Charter on maintaining international peace and security, the role of regional organisations in cooperating with the UNSC in maintaining international peace and security.

Việt Nam is expected to discuss with countries post-conflict reconstruction, women and children in conflicts or dealing with unexploded ordnance, he said. — VNS