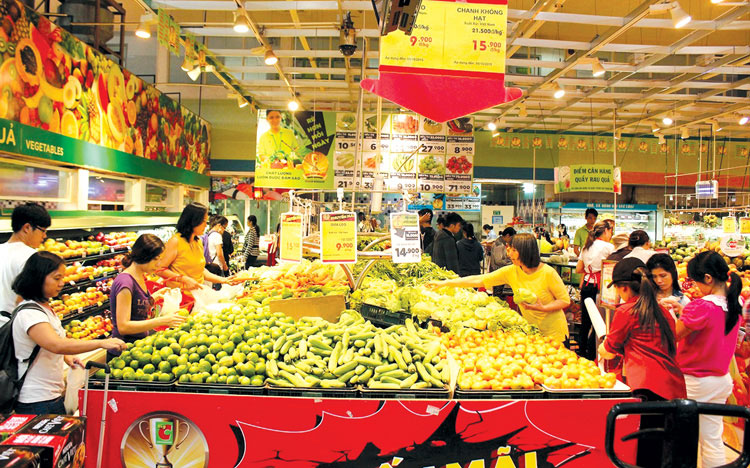 Thai investors have a range of modern retail types in Vietnam

BJC, a subsidiary of TCC Holdings, has also been expanding in Vietnam. With MM Mega Market alone, BJC has 19 shopping centers, 3 entrepots in Da Lat (fresh vegetables and fruits), Dong Nai (fresh pork), Can Tho (seafood) and two general storehouses that provide fresh food. Besides, it also has B’s Mart with the network covering large cities.

In 2016, after wrapping up the deal of taking over Metro Cash & Carry, BJC renamed the supermarket chain as MM Mega Market Vietnam, and since then, it has been following the business strategy with B2B (70 percent) and B2C (30 percent) Investment modes.

Phidsanu Pongwatana, managing director of MM Mega Market, said the company is building the first pork entrepot in the north. It plans to open one to three distribution centers in the north next year, which will create 700 jobs.

In 2017, CGV announced investment of $30 million to increase retail premises in Vietnam to 470,000 square meters.

Meanwhile, the holding company in Thailand plans to invest $6.4 billion more in the next five years to expand the domestic and overseas markets, especially Vietnam, which is a key part in its plan to expand operation in the retail and hotel fields.

Vietnam is considered a potential market, expected to bring to the group turnover four times higher in the next five years. It strives for revenue of $13 billion this year, an increase of 14 percent over 2017. Tos Chirathivat, CEO of Central Group, said the group would open 500 more shops in Vietnam by 2022.

An analyst said Thai investors are now eyeing Vietnam because the market is witnessing development like Thailand did some decades ago with the rapid increase of the middle class and high economic growth rates.

He also said the young population, increased consumption level, and the tariff cut to zero percent all have turned Vietnam into a vast market in ASEAN.

According to the Foreign Investment Agency, the accumulative capital registered by Thai investors in Vietnam by March 2018 had reached $9.3 billion.

With 490 projects, Thailand now ranks 10th among 126 countries and territories having FDI in Vietnam.