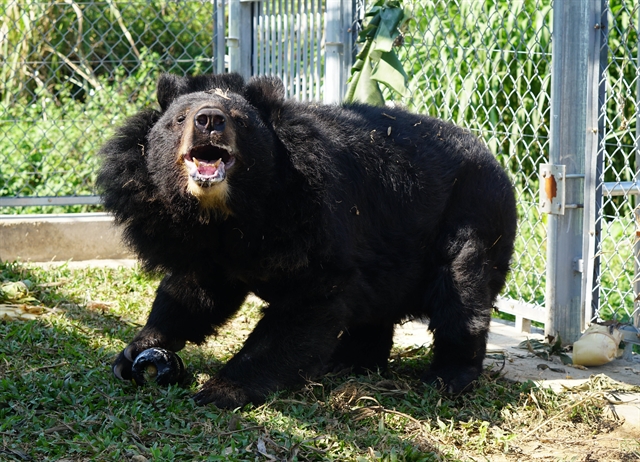 HÀ NỘI — A project to strengthen partnerships to protect globally-endangered species in Việt Nam was launched on Tuesday in Hà Nội.
It was launched by the Vietnam Environment Administration under the Ministry of Natural Resources and Environment and the World Bank (WB).
The project will be conducted from now until 2022, aiming to protect endangered species of global biodiversity significance by reducing threats from illegal exploitation, trade and consumption through a multi-stakeholder mechanism.
The project is a part of the ‘Global Partnership Programme on Crime Prevention and Conservation of Wildlife for Sustainable Development’, funded by the Global Environment Fund and coordinated by the WB.
The programme attracted the participation of 19 countries in Africa and Asia, including Việt Nam.
The programme aims to connect nations and organisations to share information and exchange experiences on crime prevention and wildlife conservation, in order to create co-operation around the world and the region in solving global problems.
Statistics of the International Union for Conservation of Nature (IUCN) show that, over the past 25 years, the species extinction rate has reached 10 per cent. The International Fund for Nature also said that the population of mammals, reptiles, amphibians, birds and fish dropped by 60 per cent between 1970 and 2014. The report of the intergovernmental policy-science forum on biodiversity and ecosystem indicates that, in this century, at least one million species on earth will disappear if people do not urgently take action.
Hoàng Thị Thanh Nhàn, deputy director of the Department of Nature Conservation and Biodiversity, said that Việt Nam had participated in many regional and international initiatives and commitments such as the law enforcement network for Southeast Asian wildlife protection, the London Declaration and the Statement of the East Asia Summit and the Asia Pacific Economic Cooperation Forum Summit on strengthening cooperation efforts to combat illegal trafficking and reducing demand for wildlife.
The country also promotes bilateral and multilateral cooperation with many countries in the world on the issue.
The country has completed a legal framework and improved wildlife management and protection.
However, these efforts were not enough to stop the decline in species.
The number of wild species in Việt Nam is falling, with many precious and rare species in danger of extinction.
According to the IUCN’s Red List updated in July 2019, as many as 700 species in Việt Nam are under threat. — VNS

Christmas in Vietnam: Next best thing to snow