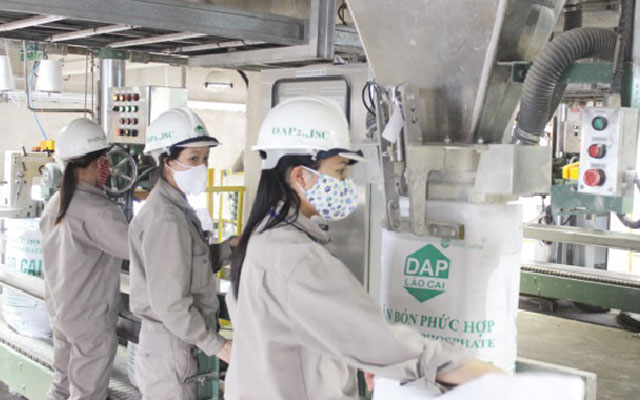 DAP No 2 Lào Cai fertiliser plant, one among 12 inefficient projects under the Ministry of Industry and Trade which had been tackled since 2017. — Photo baodautu.vn

HÀ NỘI — The outstanding loans of twelve inefficient projects under the Ministry of Industry and Trade totalled nearly VNĐ21 trillion (US$905 million) as of the end of 2019, most were overdue, according to the Government’s report to the National Assembly.

The report said that the task of handling of these loss-making projects was around two thirds finished in the 2017-19 period but the remaining task was the most difficult, as problems were in settling disputes and finalising engineering, procurement and construction (EPC) contracts, debt restructuring and developing capital divestment plans.

There were some improvements since the handling effort was started in 2017 under Project 1468.

The report said that these two projects saw lower profits in 2019 than 2018 because the market was more difficult.

The report said that seven out of 12 projects remained loss-making, unfinished or halting operation.

Notably, five had disputes with partners of EPC contracts and settling disputes remained a big problem because a number of negotiations failed.

Another big concern was the huge volume of outstanding loans of these projects, most were overdue.

Statistics showed that these projects owned debts worth VNĐ20.938 trillion as of December 31, 2019 to 17 commercial banks and one financial company, VNĐ17.169 trillion were medium and long term loans while VNĐ3.769 were short term.

Banks also provided loans worth VNĐ22.964 to relevant contactors of these projects.

The report also said that a number of inspections were carried out to find out violations at these projects. Four were now under the investiation of the Ministry of Public Security.

The Government’s report also said that projects which could not be recovered would be allowed to go bankrupt or dissolved to maximise the recovery of the State capital and assets, ensure rights of workers and stabilise the business climate.—- VNS