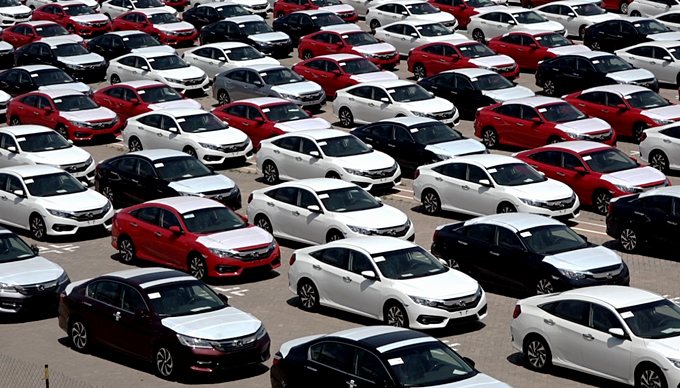 Vietnam’s total vehicle sales increased 3 percent to 29,846 units in November from the previous month, according to the Vietnam Automobile Manufacturers’ Association (VAMA).

Auto sales are monitored by VAMA, an association of all manufacturers in Vietnam except Hyundai TC. Including the 7,592 units sold by Huyndai, total sales rose to 35,638 vehicles.

The most popular models sold this month were the Mitsubishi Xpander SUV, Toyota VIOS sedan, and Huyndai Accent sedan, each selling over 1,900 units, combined statistics from VAMA and Hyundai show.

Domestic carmaker  (Thaco) retained the top in November, accounting for 28.6 percent of sales by all VAMA members. Trucks and sedans made up most of its sales.

Toyota Motor Corp. retained its second spot, with 23.6 percent, followed by Mitsubishi and Honda, with 13.4 percent and 10.9 percent respectively.

According to VAMA, 22,312 units sold in November were passenger cars (up 4 percent over October), 7,203 units were commercial vehicles (down 0.3 percent) and 331 units were special-purpose vehicles (up 9 percent). Total car sales last month fell 3 percent over the same month of 2018.

Vietnam saw car sales of 289,128 units between January and November, up 14 percent over the same period last year.