This event marks the first milestone in the retail group’s ambition to scale up market coverage and acquire the leading position by the end of this year.

According to MWG’s market development team, the household electronic appliance sector in Cambodia is reminiscent of the Vietnamese market about a decade ago when choice of goods was limited, while the market was awash with goods of unknown origin and quality as well as parallel imports. The modest number of stores also limits access to warranty and after-sales services. According to statistics from MWG, the largest household electronic appliance chain only has 20 stores in the country while all competitors have less than 50 stores altogether. 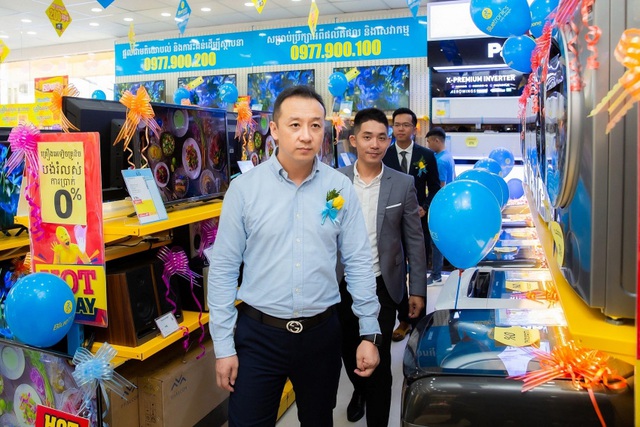 Three years ago, MWG began deploying BigPhone stores in Cambodia, which followed a similar operating model to the thegioididong.com chain in Vietnam. These exploratory moves paved the way to MWG changing its tack by opening the Bluetronics chain with larger floor areas and better variety of goods from household electronic appliances to mobile phones and accessories.

With 20 stores in the Phnom Penh area in the south, Bluetronics will march on the Northwest, namely Siem Reap, to achieve full market coverage in Cambodia by the end of this year. MWG’s market development team estimates that a retail network of 50 stores would fit the capacity and demand of the Cambodian market.

The target of opening 50 stores by the end of the year showcases MWG’s determination to conquer this overseas market. Putting the enormity of the task in perspective, the development team shared that opening a store in Cambodia is 10 times more difficult than in their home market. 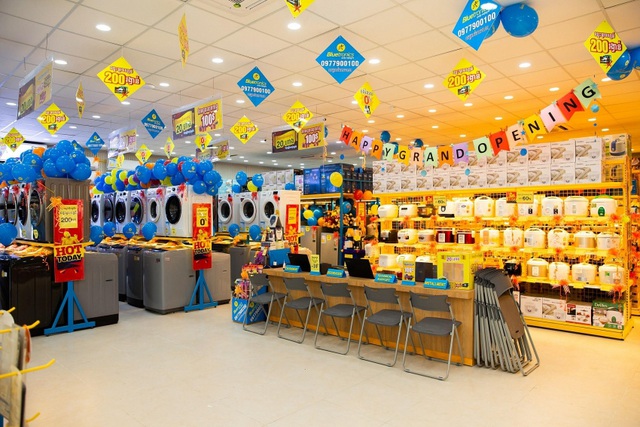 While Cambodia is not a large market, it is nevertheless an important market for MWG. Doan Van Hieu Em, CEO of MWG said, “By increasing our network to 50 stores, we would occupy 50 per cent of the market. However, the most important target is that MWG will bring this successful recipe to other countries, targeting at Indonesia, the Philippines and more.”

“In Vietnam, MWG achieved success with the Dien may Xanh model. While we have a winning recipe, we only need to adjust it to fit the culture of each new market,” Hieu Em said.

Notably, in Cambodia MWG applied its Dien May Xanh model and enlisted plentiful local expertise to help tweak it in a myriad ways under the watchful eyes of a few Vietnamese senior managers. This has helped Bluetronics localise not only décor but even promotions and after-sales services to suit the local customers’ taste.

“MWG’s suppliers include several global groups who can easily accompany us in our overseas endeavours, ‘Dien may Xanh oversea’ will be the new future of Thegioididong brand,” Hieu Em said.

Vietnam runs trade deficit of over $173mn with Nigeria in Jan-Sept: customs data