Home News HCMC up, Hanoi down in global ranking of fast-growing cities 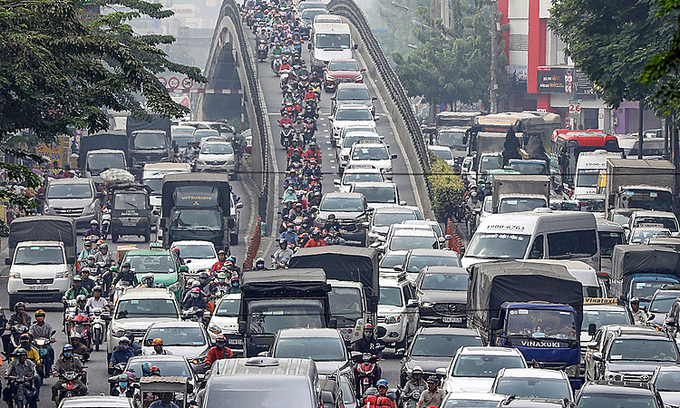 Vietnam’s two largest cities maintained their positions among the top 10 fastest growing cities in the world, with Saigon making a big jump.

The ranking measured 130 cities around the world, tracking socio-economic and commercial property metrics.

“HCMC and Hanoi are set to have among the highest economic growth globally over the next several years. This strong economic momentum is also being reflected in healthy office market dynamics,” the report said.

The report noted that HCMC was seeking to develop a new urban center on the Thu Thiem Peninsula in District 2 in order to reduce pressure on the city center and preserve historical buildings from demolition and redevelopment.

“Both HCMC and Hanoi are also responding to heavy traffic congestion by investing heavily in new metro networks,” it said.

The report said both cities are pushing smart-city initiatives and districts in order to promote sustainable development. Their initiatives have attracted foreign investors such as Japan’s Sumitomo, South Korean-run Lotte Group and Switzerland-based ABB Group.

India’s Hyderabad has emerged as the world’s most dynamic city, performing better on parameters like socio-economic and commercial real estate. India dominated the rankings, with seven cities making it into the top 20.

China had five cities in the top 20. Nairobi (4th) was Africa’s sole representative, while Dubai (14th) reappeared in the top 20.

A study by the U.K.-based Oxford Economics in 2017 had predicted that HCMC would become the second fastest growing economy in Asia by 2021, with an annual growth rate of 8 percent.