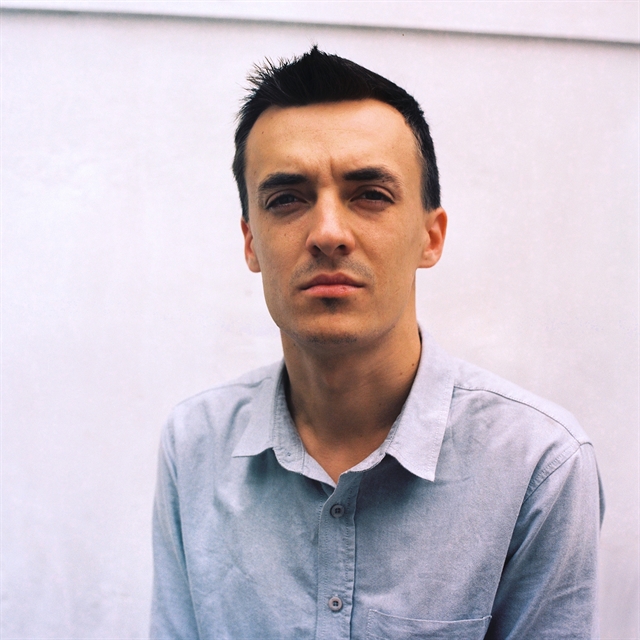 27-year-old French photographer Joseph Gobin has been inspired by modest iced tea stalls on the street of Hà Nội to create his photo collection. — Photo courtesy of Mai Suong

Vibrant Hà Nội has charmed many foreigners with its various unexpected aspects, and Frenchman Joseph Gobin is just the latest example.

Modest iced tea stalls on the streets of the capital have become the subjects of his recent project.

Gobin’s photos capture the similar moments and objects in every iced tea stall in Hà Nội that are normally unnoticed, like an iced tea stall covered with a shabby canvas at night, a pitcher placed by the wall, a close-up of a lighter placed on a plastic chair or the smiling but pensive faces of the customers.

His works are on display at the exhibition Another City: Public, Private, Secret at the French cultural institute L’Espace in Hà Nội. The exhibition will last until the end of December.

A freelance photographer collaborating with local newspapers and enterprises in France, Gobin was selected to participate in the Monde Académie programme organised by prestigious French newspaper Le Monde in 2012 to conduct photo essays for a year. His works won the EDF/Le Monde award by the newspaper in 2013.

Gobin’s photographic work focuses mainly on transmission – how are goods, habits, knowledge and memory are passed from one person to another.

The 27-year-old artist has been to so many countries that he has lost count, and Việt Nam was the eighth Asian countrie that he set foot in. He first visited the country in 2013 and has been living in Hà Nội since 2016.

On his very first day in the capital city, he found something special about the gathering spots at many street corners.

“The scene of the tea stalls temporarily set up on the pavements, separated from the bustling life of a fast growing city, aroused much interest and curiosity in me,” Gobin said.

“No matter how developed and changed Hà Nội has become, iced tea stalls still retain their original features and charms,” he added.

The French photographer then decided to come closer to such spaces and became a regular customer of 15 iced tea stalls in the city. Frequent visits to the stalls and chats with locals there helped him discover why such humble drinks and spaces charm Hanoians from all walks of life.

He discovered that such spaces without any walls and located right next to the noisy busy streets still offer privacy and at the same time, offer bonds between strangers.

Gobin also frequently joined the conversations among the customers who were curious about the appearance of a foreigner in a space that seems dedicated to Vietnamese only.

“I was frequently asked similar questions in Vietnamese like ‘where do you come from?’, ‘do you have a wife?’ or ‘how much money do you get a month?’ again and again. They are really good places to practice Vietnamese as well,” he recalled.

Gobin didn’t aim to take normal photos of iced tea stalls, but to use faded colours to make it seem as if the photos had been taken in the past.

Therefore, he experimented shooting with five outdated rolls of films, taken with a Hasselbald 500C/M, for the project. The final results are pictures with faded colours, making them look like paintings rather than photos.

However, it took Gobin months to get satisfactory photos with such old film rolls.

“One of the difficulties was the light. I normally shot in the afternoon when there was much light and few clouds. Sometimes I arrived at 12 when the sun was really high.

“Sometimes the difficulties came from the stall itself. When I found a stall with a good location, I intended to come back at four when there was good light. The next day I came back at four and the stall was not there anymore,” he recalled. “And drinking too much tea sometimes made my hands shake,” he added with a smile.

Besides the photos of street tea in Hà Nội, the French photographer has also conducted two other photo essays in the city – Phố Đi Bộ (The Walking Street) which was made at the beginning of the street, focusing on the kids, and High Value Vegetables, which he took photos of the citizens who plant vegetables on the rooftop of their houses.

“Documentary (photo essay) is my favourite photographic style. I want to create the information inside the photos to make the audience to find their own story and think more than just look at the picture and feel the obvious,” he said.

Presently, Gobin is working on a project entitled Vàng Mã (Votive Paper), which he wanted to capture what people send to the other world like motorbikes or fashionable Louis Vuitton items. The project will be finished at the end of the year.

More of Gobin’s works can be seen at josephgobin.com. — VNS 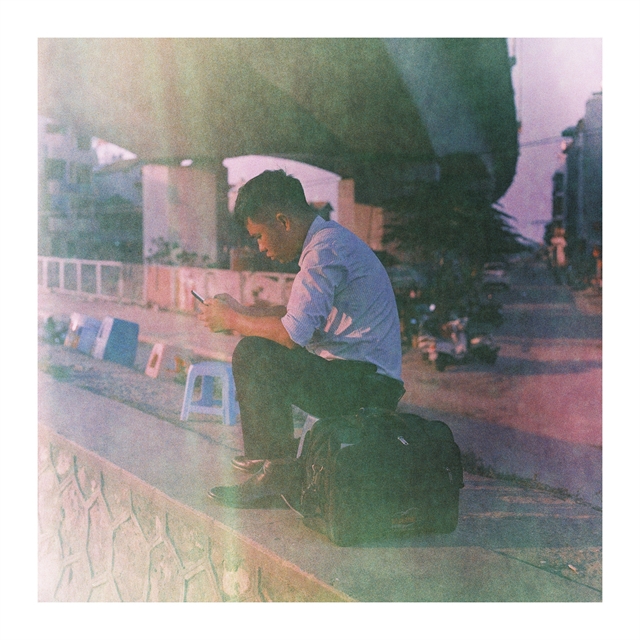 To create the special colour effect for the photos, Gobin experimented shooting with five outdated rolls of films, taken by a Hasselbald 500cm.