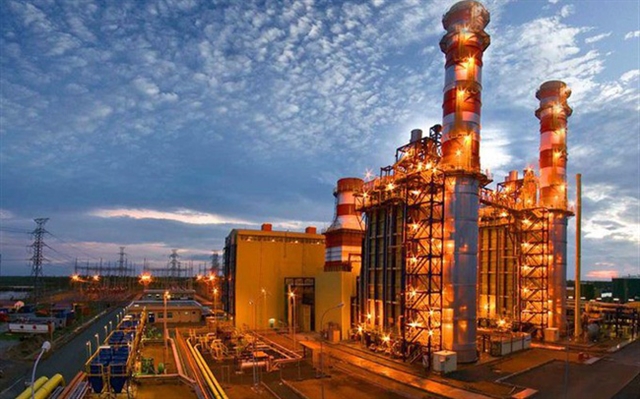 A PetroVietnam Power facility. The company estimated its revenue in the first four months may drop 4 per cent on-year to VND10.3 trillion. — Photo pvpower.vn

HÀ NỘI — A number of listed companies have announced lower earnings in April after closing for half of the month.

This resulted in a 4 per cent annual decrease in total revenue after four months to VNĐ10.3 trillion – equal to 30.4 per cent of the annual goal.

The company explained that some of its stores were closed to fight COVID-19 while sales in April fell as demand for air conditioners dropped due to weather.

Those companies are expecting their earnings to pick up in May and the following months as domestic consumption and international markets return to normal.

On the other hand, some companies reported profits despite the disease and lockdown such as Hải Phòng Thermal Power JSC.

The northern thermal power firm announced profit in April of VNĐ103 billion, beating the month target by VNĐ4 billion despite output falling by 7 per cent than targeted.

In the first four months, Hải Phòng Thermal Power made VNĐ397 billion in profit, fulfilling 42 per cent of its annual target.

Seven months into its fiscal year, which runs from October 1 to September 30, Hoa Sen estimated its total revenue was VNĐ14.6 trillion – fulfilling half of its yearly plan. The firm estimated profit of VNĐ472 billion, beating its forecast by 18 per cent.

Though corporate earnings were mixed in April, companies are expected to disclose business information on a monthly basis to inspire investor confidence in their corporate governance, while dealing with rumours that could negatively affect their results and share performances. — VNS