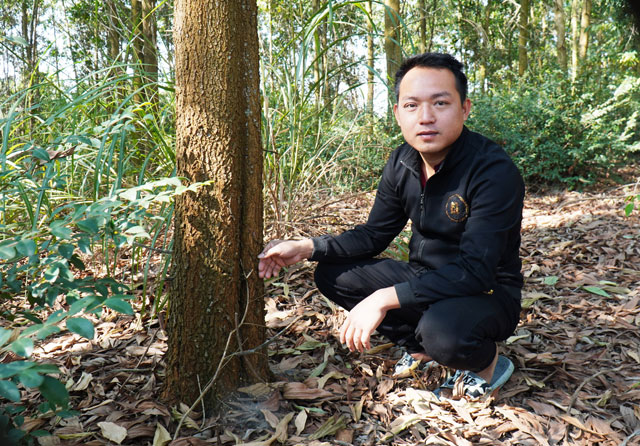 HÀ NỘI — Rice farmers in the northern province of Phú Thọ have had their lives turned around after being given the all-clear to use land designated for forestry production.

Phạm Văn Quế, chief of Village 11 in Tiên Kiên Commune, said more than 100 households in the village used to mainly rely on paddy fields to make ends meet, and barely managed to live from day to day.

The village was surrounded by never-ending hills but the residents were not allowed to cultivate the land as farming activities were restricted, Quế said.

Things started to change when authorities decided to lease the land to residents on a 50-year term so they could grow trees for the booming timber industry and earn a fair amount of extra income, the village chief said.

Acacia and eucalyptus trees are the most common species farmers are now growing.

“We can harvest eucalyptus trees every five years, and seven years for acacia. For each cycle, people can gain more than VNĐ100 million (US$4,300) per hectare, which helps raise living standards,” Quế told Nông thôn Ngày nay (Countryside Today) newspaper.

Nguyễn Văn Thắng was handed two hectares of land by the commune six years ago, and started planting a small forest of acacia.

“I harvest after six to seven years. Minus all the costs, I can earn roughly VNĐ200 million from this plot,” he said.

Seeing the promise the industry had, Thắng decided to spend more money on his acacia plantations.

Timber was now one of the leading industries in Phú Thọ Province with 130,000ha of manmade forests and 50,000 ha of natural forests, said ranger chief Phùng Văn Vinh.

Phú Thọ had more than 2,700 timber process facilities and is in a constant thirst for materials, Vinh said.

“This had led people to harvest trees after just five-to-six years old. Few growers were willing to wait seven or eight years as the market demand was high while they were short of capital,” he said.

Vinh said the province was trying to encourage residents to hold off before they harvested their trees, and has offered a grant of VNĐ7 million per ha and once the plantations reach 10 years old.

“Apart from efforts to promote mature forests, we are also trying to increase productivity to 15 cubic metres per ha per year, which will greatly contribute to the timber production industry while raising people’s living standards.” — VNS

No new COVID-19 cases this morning

Central region residents get help to clean up after historic floods