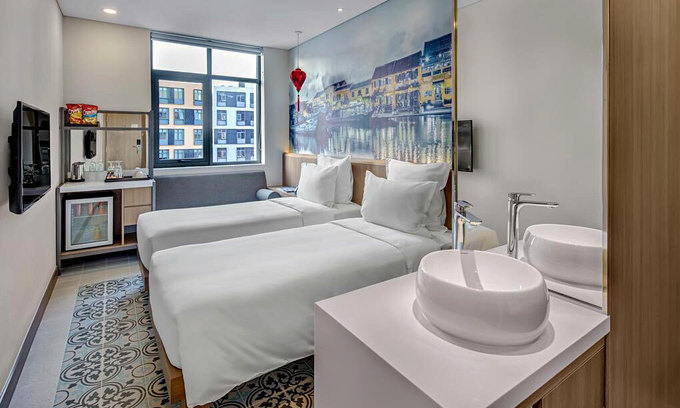 Condotel prices have dropped by 8 percent, and the struggle is likely to continue for the segment in 2020, a study says.

The average price now is VND35 million ($1,520) per square meter, down from over VND38 million ($1,650) last year, the study by real estate trading site Batdongsan.com.vn found.

Buyers are starting to lose trust in the segment after the developer of Cocobay Da Nang , it said. So condotels are unlikely to perform well next year, it added.

Huynh Phuoc Nghia, deputy head of international business at the University of Economics HCMC, said condotels are the riskiest to buy since the legal framework for them is incomplete and developers are showing they lack the capability required to utilize their properties optimally to pay the returns many of them promise buyers.

Vietnam is yet to have regulations governing the segment though condotels have been around for more than three years.

Buyers do not get a ‘pink’ book, as the title deeds of apartments and houses are referred to, and therefore get no protection from the law in case of conflicts with developers.

In the first nine months of this year over 15,500 units came into the market, but only 35 percent were bought, according to the Vietnam Association of Realtors.

Shares to move up this week, despite some corrections