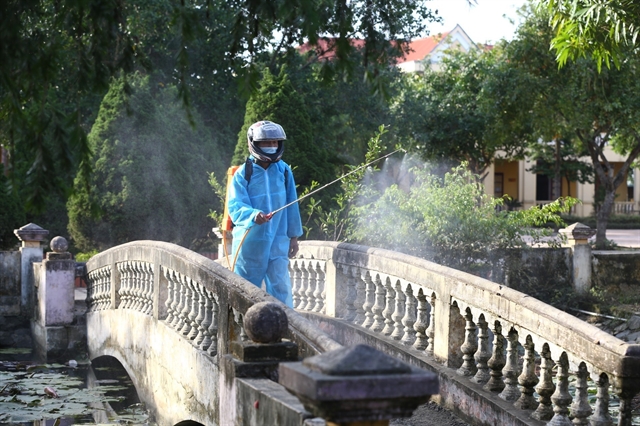 HÀ TĨNH — Đậu Thị Liên tried to find something usable in the rubble, but there wasn’t much left except for some books, clothes and a table and some chairs, all covered in mud.

Liên just got back home on Saturday after being evacuated three days prior. Her village in central Hà Tĩnh Province, like other localities Central Việt Nam, was severely hit by historic flooding, which was triggered by prolonged heavy downpours in the past two weeks.

“I have never seen such a severe flood in my life. The floodwater was so strong and quick and submerged everything. My house has only one floor while the water raised up to 2 metres,” Liên said.

Cẩm Duệ Commune, where she lives, is the lowest-lying area in the province. She was among the last people to be able to return home after the floodwaters receded.

“My family has five people. Three of us decided to stay at home to take care of the property, but the water was so quick that we couldn’t do anything but swim out for help,” she said.

All of her family’s property, including 50 bags of rice seed, 100 chickens and two cows, was swept away. The furniture and the electronic appliances were submerged and seriously damaged.

Hoàng Văn Quyết, another resident in Cẩm Duệ Commune, said he finished cleaning his house. Like many other villagers, he has nothing left.

“Our 70 chickens and a buffalo were all gone,” he said. 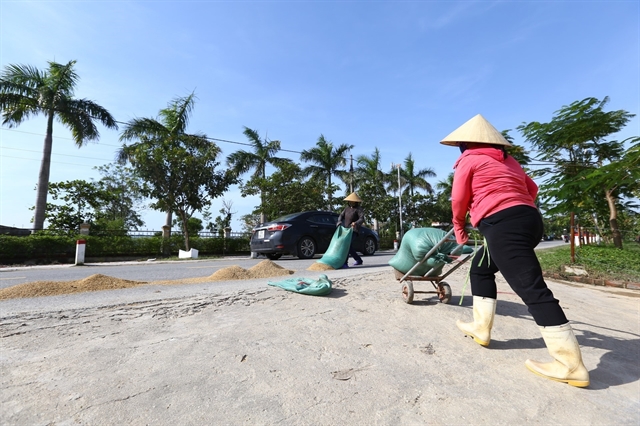 A local resident in Cẩm Quan Commune in Cẩm Xuyên District dries rice seed after it has been submerged for days. VNA/VNS Minh Quyết

Now he’s trying to dry the rice seed on the floor in the hope that it can be used for the next crop. The rice seed was submerged for days, smelled sour and had started to germinate.

“At least it can be used for poultry feed,” he said.

Quyết also brought the refrigerator and the washing machine, the two only electronic devices left after the flood, to a local repair shop, but with little hope.

“We have received clean water, sticky rice cakes, medicine and many other necessities from donors. This really makes us feel much better having a helping hand in difficulties,” he said.

Right after the floodwaters receded,  local authorities and volunteer groups in Hà Tĩnh supplied food, essential necessities and clean water. Thousands of police officers and soldiers were mobilised to help local people get back on their feet.

The provincial Centre for Disease Control sent a team of staff to help people clean the environment, especially water sources for daily use, collect dead animals and spray powdered lime or sterilised chemicals to prevent diseases.

As many as 12 types of medicine and health equipment were sent to the flood-hit areas. Medical staff have guided local people on how to prevent diseases caused by flood, such as food poisoning, diarrhoea and cholera.

In Cẩm Xuyên, Hương Sơn, Hương Khê and Vũ Quang districts, hundreds of youths, volunteers and teachers cleaned up the classrooms and collected learning tools so students can return to school soon.

Trần Quyết Thắng, head of a volunteer group in Hà Tĩnh Province, said the most urgent task was to help local people clean up their houses, hospitals, schools and roads.

“I’ve set up a team and called upon young people, especially students from all over the country, to help clean up the debris in Hà Tĩnh and Quảng Bình provinces,” he said.

“I’ve just arrived in Quảng Bình after completing the cleaning work in Hà Tĩnh. Garbage is everywhere and occupies the Nhật Lệ River. There’s a lot that needs to be done here before another storm hits these places,” he said.

Thắng said his team would work with local people to speed up the work while receiving equipment such as canoes, ceramic filter pots and life jackets in preparation for coming storms.

On Saturday, the Government allocated VNĐ500 billion (US$21.5 million) from the State budget to help Quảng Bình, Quảng Trị, Thừa Thiên-Huế, Quảng Nam and Hà Tĩnh provinces overcome the consequences of the floods.

Đậu Thị Liên, a resident in Cẩm Duệ Commune, said her mood was much better after getting donations from people all over the country. She now has some rice, sticky rice cakes, clothes and clean water for daily use.

“I hope I can have financial support to buy rice seed for cultivation in the next crop and chickens and cows for breeding. It’s the only way to restart our life,” she said. — VNS

Việt Nam, a bright spot in the fight against HIV and AIDS